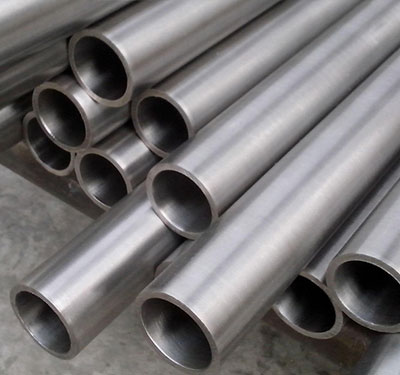 The basic thing here to understand is Pipes, pipes are long hollow cylindrical objects which are used to move substances like liquid, gas, or chemical from one place to another efficiently. These pipes come in different shapes and sizes sometimes they can be as massive as a human in diameter. The size of a pipe is determined by its diameter which can be 13mm, 50mm, 500mm, or even 1 meter. There are some companies that allow customizing the size, customer can get any required size. The pipes are however used in a lot of things.

Welded Pipes
The general Pipe has further two types i.e. Welded Pipes and Seamless Pipes. The Welded Pipes are the ones formed by welding the sheets of steel. Here the Sheets are formed in a cylinder and are welded to keep them together. Usually, it is welded in a spiral and made into a pipe. The welded pipes sustain the strength depending on the welding done on them. If the welding is done properly the pipe can endure more pressure. The sheets of steel are cut into long rectangular strips that are turned into a spiral by a machine and later welded forming a pipe.

Seamless Pipes
Seamless Pipes are simply contrary to Welded pipes. A long solid cylindrical rod is used to make the Seamless Pipe, which is then penetrated with a mandrel to leave a raw hollow pipe, which is then continuously rolled to make it circular in shape. While rolling it is also cooled down regularly due to which it gets hard and the shape stays intact. Seamless Pipe is usually used around the world. This type of pipe is much stronger than the welded pipe and it also prevents leakage resulting in durability in the work.

Both the Pipes work equally well but at certain points, the welded pipe is weaker than the seamless pipe in some aspects. The weld seams on the welded pipes might result in leakage which is not the case in the seamless pipe as it is made of a single piece of metal rod. The very basic difference between both is that welded pipes are made by welding the pipes and seamless pipes are made by heat treating and cooling down the metal rod. To make it much stronger electric welding is also done on the pipes. The welded pipes are however nowadays made with so much perfection that it easily competes for Alloy Steel Seamless Pipes. Materials like Stainless Steel, Carbon Steel, Aluminium, Alloy Steel, Nickel, Titanium, Hastelloy, Monel, Inconel, etc. are the specific metals used widely for making Welded and Seamless Pipes around the world.

Application of Seamless and Welded Pipes
The use of both the pipes can be the same. Seamless Pipes made of steel are primarily utilized as petroleum geographical penetrating pipes, breaking tubes for petrochemical businesses, evaporator pipes, bearing pipes, and high-precision basic steel pipes for automobiles, tractors, and flying. Welded pipe is used for water gas pipes and is also used for welded steel pipes, transport fluid, and gas.